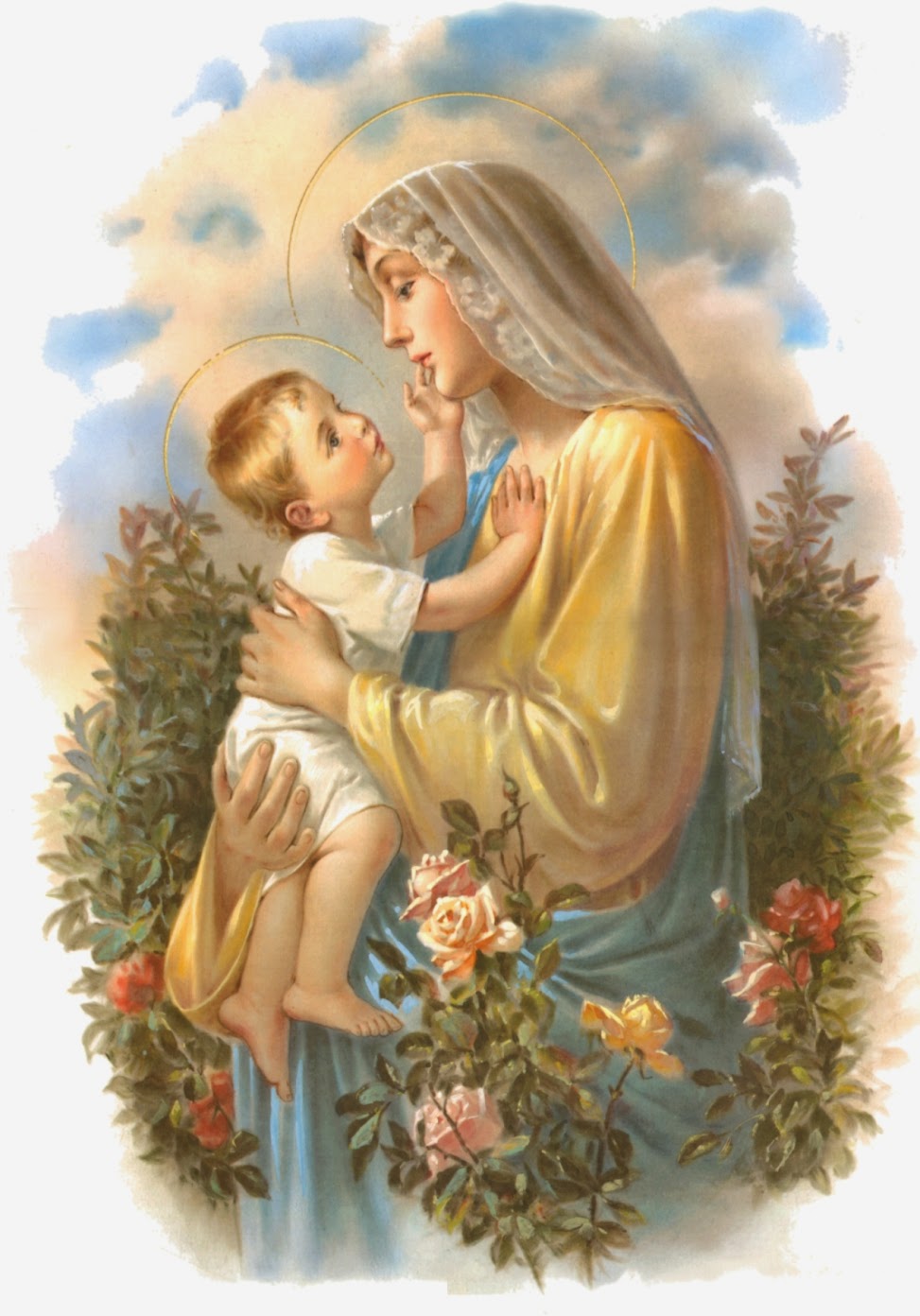 Happy Mother’s Day to all who mother in any way!

The mothers among us are natural mothers, grandmothers, godmothers, mothers by adoption or by marrying into a family. Men mother, too, when they take seriously the primary gift of all mothers which is to nurture. Men and women both nurture when we care for the earth or a community or when we nurture faith in others. The American observance of Mother’s Day was a great idea that took hold and has spawned a national day of being with and buying for Mom. This focus is popular, but it is not enough. Honoring our mothers/nurturers becomes more real when we do it all yearlong and when we mother/ nurture using people we know as a model. Not all of us have had beautiful relationships with our mothers, so Mother’s Day can be hard. Still, we can go the route of nurturing others and become what we did not receive.

In our faith tradition, all yearlong, we honor Mary, the Mother of God and our mother. But May is a time especially dedicated to her. Jesus gave his disciple, John, to Mary as a son and Mary to John as a mother. It happened at the foot of the cross, as described in John’s Gospel. Chapter19. We are John. Jesus gave us his mother to be our own. And Mary encourages us to do whatever he tells us. (John 2) .This month, grow in faith in Christ through the lens of Mary. Learn to know the Lord as she did. Learn to be with him after the Resurrection,  as she came to know him anew then.

God, Our Mother and Father

Liturgically, we always pray to God as Our Father. That’s what Jesus taught. “Our Father in Heaven…” “God, our Mother” feels strange on our lips. Still, in Isaiah, God speaks as being like a woman groaning in labor. Jesus in Matthew, longs to enfold the children of Jerusalem as a hen gathers her chicks under her wings. If mothers and fathers image God, then the terms “God our Mother” and “God our Father” reveal facets of God to us to cherish and emulate.

The Empowerment of Mother Figures Whether They Know It or Not

Consider Mary Lempke, a 52 year old nurse who lived near a hospital in Milwaukee. When a blind, mentally incapacitated baby boy with cerebral palsy was abandoned at the hospital, the staff was at a loss to know what to do with him. Then someone remembered Mary. Would she take care of him? The consensus was that he would die young. “If I take the baby,”  Mary said, “He won’t die young."

The care of baby Leslie was absorbing. Each day, she massaged his entire body. Mary prayed over him, cried over him, she placed his hands in her tears.

It wasn’t until Leslie was 16 years old that he could stand alone. All this time, he couldn’t respond to her at all.

One day, Mary noticed Leslie plucking on the taut string of a package. She wondered if he was sensitive to music. Mary began to play every type of music imaginable for Leslie, hoping something would appeal to him.

Eventually, Mary and her husband bought an old upright piano and placed it in Leslie’s  room. She would take Leslie’s fingers in hers and show him how to push the keys down, but he didn’t seem to understand.

One night, Mary awoke to the sound of someone playing Tchaikovsky’s Piano Concerto #1. She shook her husband. Had he left the radio on? He said he didn’t think so but they had better check.

What they discovered was beyond their wildest imaginings. Leslie was playing the piano. Leslie, who had never even gotten out of bed alone before, was seated at the piano playing with beauty, accuracy, soul.

Mary dropped to her knees. “Thank you, dear God. You did not forget Leslie.”

Doctors describe Leslie as an autistic savant – a person with brain damage who was nonetheless extremely talented. Doctors can’t explain the phenomenon – neither can Mary. But she does know that this talent was released through love… a gift from God, in this case, through a mother who couldn’t stop caring.

This is the love we celebrate this weekend, a love that embraces, protects, keeps on giving, and delights in our growth. Celebrate with thanks all who have given to you.

Posted by The Sisters of Saint Joseph at 9:27 AM No comments: