Denying Hatred a Place in Our World 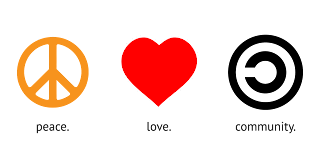 For the Catholics of Sri Lanka, Easter Sunday became Good Friday again, as suicide bombing attacks on churches during Mass killed many. Add in the bombings at nearby hotels, and more than 250 died. The motive for these  attacks  is said to be retaliation for the bombing of mosques in New Zealand.

But other places in the world have not escaped hatred- inspired violence this year either:  the synagogues in San Diego and Pittsburgh, Christian churches in the US south. Religious hatred begets religious hatred. Is there no end to the violence based on hatred among religious groups?

Each of us needs to work long and hard at denying hatred a place in our world. The opposite of hatred is not love. It’s indifference. “I don’t care what happens to people beyond those I love. I don’t need to be involved with sowing love and spreading it. I’ll pick and choose the ones I will care about.” Love requires a personal investment: of mind, heart, body, soul and strength as Jesus puts it in Matthew 22.37. These qualities are not self-generated. They arise from union with God. Fully embraced union with God begins small: with prayer for openness to God and others, with the cultivation of respect for others, with kind words in our public spaces toward all we meet.

Impossible?  No. All that is needed is  just  hard work and worship together.

Going to church or a synagogue or mosque is not like going to a filling station to get what we want or need   and then going away until our next want or need, We worship together so that we can have dedicated time during the day to face God who faces us with great desire. We worship together so that we can breathe the same air as other worshippers, to take in the smell of their humanity, to experience in them fear and hope and courage, to breathe with them.

For Peter, saying I love you to Jesus meant that Peter was willing to take a risk and that there would be consequences.  For us, too. It costs to be part of a family, a neighborhood, a country, a world. No one will do it for us. We have to stretch out more than we ever thought we could. Social media is an acknowledged place where animosity is fostered and where it festers. If you are devoted to social media, sow grace, rekindle mercy. Don’t demean or denigrate. Risk embracing others with your words.

Refuse to be part of the invisible army of assailants who dishonor people’s lives of faith.
‘Well,’’ you might say, “my small part won’t do away with hatred and violence. “ Don’t be too sure.

The call of God to us is new each day.