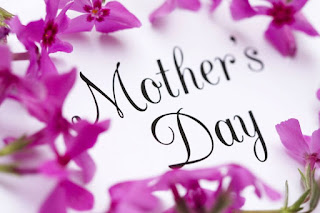 I’ve been looking at people’s hands this week and how they hold the power and potential for good and sometimes pain. I suppose this Sunday’s celebration of Mother’s Day is my reason for it, and the hands of our mothers have played a major part in our early lives. Here’s a stream of consciousness look at hands.

I was 13 when I had my not-quite-burst appendix removed. One day, shortly after my return home from the hospital, I was in bed, restless, sweaty, still in some pain. My mother, Celia, came in and offered to give me a sponge bath. I, a teenager! A sponge bath? “No, thanks, Mom. I’m ok.” Somehow, my mother interpreted my no as a yes, and the next thing I knew, she was at it. Once done, she slipped away, as I drifted into sleep, remembering the gentleness and love in her hands. I woke up refreshed and genuinely better.

Think of your own mother and how she ministered to you in your growing up, your childhood illnesses and how much of what you learned from her then stays with you, no matter what she was like.

I’ve heard enough stories of mothers to know that mothers are not always gentle with their hands. Their own experiences made them what they were. And God was in the mix, no matter how life with Mother played out. Today, we remember them – their hearts, their hands, their values and personal stories.

When we use our hands for good, we are like God. God is Mother to us as well as Father. Christians have a long tradition of believing that. The hand of God is in this, we say. “The heavens are the work of your hands” we say of God (Hebrews 1.10). And of the angels, Psalm 91.11-12 says “on their hands they will bear you up, lest you dash your foot against the stone.” And then there is Jesus’ beloved Mother Mary who did all that could be for Jesus in His infancy and childhood. One day, years later, she took his lifeless body into her hands, and cradled Him once more in her arms.

Jesus used His hands to heal the sick and restore the dead to life. He took bread into His hands, blessed it, broke it and gave it to His disciples. That same night, He washed the feet of his disciples with his hands. And after His resurrection, Jesus told His disciples to look at His hands and feet, for He bore the wounds of the cross in his hands and feet. They are a treasured part of His risen life.

Later, it was said of Peter near the end of John’s Gospel, “You will stretch out your hands and another will lead you and take you where you would rather not go” (John 21.18). As followers of the Risen Lord, we are asked to do the same – to go where we are called by God and not by our own determination.

Hands. Hand over/hand on/hand down culture, tradition, family values. Hand up to a new level of growth and consciousness. Hands are instruments of profound love and respect or hate and torture. Accept the laying on of hands in faith. Wash your hands for your own health and that of others. Receive in your hands. Just put it in the hands of God. Be the hands of God for the untouchables and those with contagious diseases. Think of your Mother’s hands.

~Sister Joan Sobala
Posted by The Sisters of Saint Joseph at 8:21 AM 2 comments: