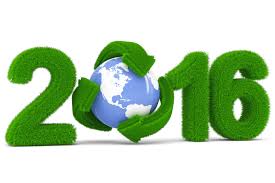 
Driving around Rochester these last two weeks, the sound of the buzzsaw tells us that city workers and private landscapers are out trimming trees. It’s a rite of spring, to keep our greenery healthy. Soon, volunteers will fan out in the community to clear highways verges and neighborhoods of litter accumulated over a winter’s worth of wind. It’s all important but is not enough. Recycling is important, but this, too, is not enough. The threats to our fragile world require us to pay even more attention.


Travelling through the Philippines in January 2015, a bright yellow rain poncho over his papal cassock, Pope Francis told his hearers that "man was betraying God’s calling by destroying nature.” Later in the year, his zeal for God and the gifts of God gave the world the encyclical Laudato Si (LS) also named “Caring for Our Common Home.” Peace, justice and the preservation of creation are three absolutely interconnected themes, which cannot be separated and treated individually.” (n.92)


Talking to a group at the Vatican, Pope Francis put it very strongly: “If you are a Christian, protecting the environment is part of your identity, not an ideological option.” Strong words. Very  strong.


So now what, sister and brother Christian?
For one thing, we can encourage legislators at every level of government to do all they can to protect the earth, the ozone layer, the polar ice cascading into the sea, to negate climate change in a consolidated effort. “I am just a small voice” we might say. True. But choruses are made up of small voices. The writer Louis Savery invites his readers to practice transposition, moving our voices to a new key. The song doesn’t change, he says. We just sing it in a way that allows it to be heard differently. If you plant even one flower this year, raise your voice on behalf of the sadly changing world.


The Climate Summit that took place in Paris last November, just after the ISIS driven carnage there, was in mutual solidarity about combatting and ultimately reversing climate change. If we join our energies and voices to theirs, great reversals can happen. That’s the Easter message, isn’t it? Great reversals are possible. “Hope would have us recognize that there is always a way out, that we can always redirect our steps, that we can always do something to solve our problems." (LS n.61)


To get further dimensions of the issues facing our dear earth, go to Climate: Vital Signs of the Planet Evidence, and Earth Day 2016. Be immersed in our world’s needs.
~ Sister Joan Sobala
Posted by The Sisters of Saint Joseph at 7:54 AM No comments: