Helping Others Live as Fully as Possbile 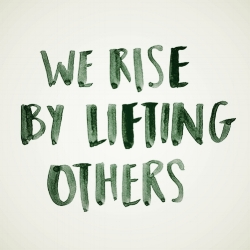 Within one week in March, St. Patrick, St. Joseph and St. Oscar Romero are celebrated as great men of God.  March 17, 19 and 24. These three saints, each of whom loved God deeply, came from different historical periods and walked very different paths to God.

Patrick, an Irishman by birth, was taken to Gaul as a slave. Eventually, he was released and became a priest who could have worked among the Celtic people on the continent. But he yearned for the people of his homeland, went back and worked tirelessly so that Ireland would be ardently Christian.

Joseph, the carpenter from Nazareth, had expected a normal length of years, with a wife and family among his own people. But God called him to a remarkable journey as the spouse of Mary and the foster father of Jesus.

Oscar Romero was a priest in El Salvador. In one small town where he ministered, Father Romero was exposed to the plight of his parishioners at the hands of government agents. He experienced a conversion to embrace the cause of the poor. As the bishop of San Salvador, he died at the altar for it.

What was common to these men? Certainly their faith and their perseverance. But there is something very basic in all of them. It is that they were other-centered.

Other-centeredness is the opposite of self-centeredness. Infants are by their very makeup at that  point in their lives are self-centered. Their needs are all they know. The symbol of the self- centeredness of an infant is how they put everything they can in their mouths. Parents have to be vigilant, lest they take in something harmful.

It takes diligent effort to move from self-centeredness to other-centeredness. It is the work of a lifetime to become other-centered – to expend oneself for the good, the well-being of others, to open the way for others to recognize God’s abiding presence and treasure it.

Certainly Jesus is our primary example of other-centeredness through his life and through his death. One person in the gospel who mirrors Jesus’ other-centeredness is the Syro-Phoenician woman – the foreigner who came to Jesus begging for her daughter to be cured. And how about the man whom Jesus met at the foot of the mountain right after the Transfiguration.  The man wanted healing for this son. The disciples still, seeking to be first in the kingdom of God, were not other-centered enough to heal the boy.  But Jesus did so. Jesus recognized other-centered people when he met them. Still, he loved and worked with his disciples who were “on the way” but not yet other-centered.

During this Lent, as we take time to honor and celebrate the great generosity of Joseph, Patrick and Oscar, let’s ask our Gracious God that we might become bigger of heart and mind, so that others may live as fully as possible.

~Sister Joan Sobala
Posted by The Sisters of Saint Joseph at 5:02 AM No comments: