Christmas is The Feast of Risk-Taking 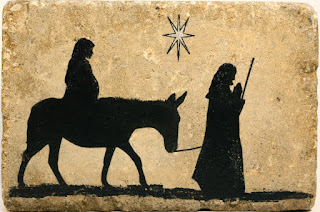 Christmas is the feast of risk-taking. We can see it, touch it, feel it, hear it.

God the Father took a risk when he sent the angel Gabriel to ask Mary for her consent to become the Mother of his Son. Mary took a risk when she said yes to God’s remarkable request. She accepted that call with her yes. The yes of Mary was the first word of the church.

Mary kept silent about what she was called to until Joseph also knew. Keeping silence is risky. Misunderstanding could follow upon silence.

Jesus, the newborn babe risked becoming totally human as well as divine. He entered a world of believers and unbelievers and disbelievers, so that all might live.

The shepherds risked coming down into town from the hills where they were at home. Going where we don’t feel comfortable is risky.

Later, the Magi would arrive. They were both sure and unsure about what they sought. It is risky to go forward on life’s journey when we are unsure of what we seek and where we go.

Going to Herod, they hoped to diminish risk, but their encounter with Herod brought death to little boys who didn’t know they were at risk. Sometimes, other people suffer when we take risks.

Following the newborn Infant God is risky for everyone.

Following him leads to the cross. Jesus risked everything on the cross. That risk was already present at his birth.

Where Christians are persecuted and die for their faith, the Babe is present.

This Christmas, let us each believe in a deeper way  that  Jesus, Emmanuel, God with Us, the Word made Flesh, the Prince of Peace, the Light of the World, the Good Shepherd, the Risen One is close as we risk all for the sake of life. It’s a splendid way to end one year and anticipate another.


~Sister Joan Sobala
Posted by The Sisters of Saint Joseph at 7:02 PM No comments: