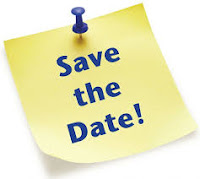 A current practice among engaged couples is to send out postcards announcing their coming nuptials some months before the event. An FYI, but not a new concept.

In ancient times, kings also announced the approximate time for a family member’s wedding banquet weeks or months in advance. The exact details of the banquet were given at a later date. To say yes to the advance invitation and no to the more proximate invitation was considered an insult.

In the Gospel for the 28th Sunday of Ordinary Time, which we celebrate today, those who heard his story knew what Jesus was talking about, namely, the sacredness of a wedding invitation. Sacred. As usual, though, Jesus’ story featured a twist and had a second deeper meaning (Matthew 22.1-14).

The audience for whom Jesus intended his parable was the Jewish Community of his day. Ages before, they had accepted God’s invitation to be his chosen people – his special guests at the banquet of the Kingdom of God. Isaiah describes the preparations of God for that mountaintop banquet in today’s first reading. In it, we find the tender presence of God and the total satisfaction and delight of the people at the banquet. (Isaiah 25. 6-10a)

But later, when Jesus came to announce the banquet of God was at hand, some of the Jewish rejected the proximate invitation to the joy of that table.

In the parable, one invited guest decides to work his farm instead of coming to the banquet and another chooses to attend to business. These would-be guests didn’t go off drunk. They didn’t perform criminal acts or forget the date. They simply did not value the invitation or take it seriously. They chose something else. God was not a priority in their life.

There’s a second, startling thing about this story. The king, having been refused by one potential set of guests, sends his messengers out to the highways and byways to bring in the good and bad. Yes. That’s what it says: the good and bad. Even one of this new round of guests does not value the invitation by refusing to put on the wedding garment which the host provides.

No one is excluded from the invitation. We might exclude some, like Stephen Paddock, the Las Vegas sniper or other notorious figures. We might even exclude people we don’t like.  But they are all invited.

As this week unfolds, let’s ask ourselves: Who am I in the story? Am I the servant messenger of the king, inviting others to the wedding feast? Am I the one who chooses something else – good as it may be – something that keeps me away from God’s banquet? Or am I one who has been invited because others refused to come? With whom do I identify and what does this mean for me?

~Sister Joan Sobala
Posted by The Sisters of Saint Joseph at 7:02 AM 1 comment: