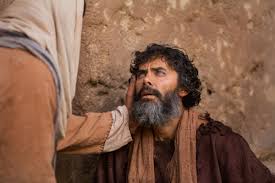 Years ago, a psychologist friend of mine said that the most important thing we can ask someone in need is, “What do you want me to do for you?” It’s so much easier to do something we want to do or to presume we know what the other needs. My most vivid example of getting it wrong was an incident that took place years ago at St. Mary’s Church, where I was a staff member. One of our regulars at weekday Mass was a very senior woman named Brigit. Brigit was Irish-born and most of us found her speech hard to understand. She mumbled for one thing, and sounded as though she had pebbles in her mouth. Brigit wore the most raggedy shoes imaginable. They were sneakers, open and frayed across the top. Concerned Mass-goers said to me, “Get Brigit new shoes. We’ll pay for them.” I did. Brigit seemed grateful, but within days, the sneakers looked the same as the previous pair. Then it came out. We had not really asked Brigit why her shoes looked as they did. Turns out she had painful bunions, and the only way she could tolerate her shoes was to alter them. We had missed the point entirely because we thought we knew but had not asked.

In Mark, Matthew and Luke, Jesus asked before acting. The three incidents are similar, involving one or two blind men, and in the third case, a blind man named Bartimaeus. Each attracted Jesus’ attention, but Jesus did not presume to help them before they stated their desire. “What do you want me to do for you?” The answer came with conviction. “Master, I want to see.” (Mark 10.51) The implicit became explicit.

In recent weeks, two dramatic stories have borne out the importance of someone inviting others to act in the spirit of Jesus’ words to the blind men, who could be understood as anyone needing help. In the Christopher Nolan film, “Dunkirk,” Winston Churchill called the British fleet of fishermen and pleasure boats that made their home along England’s southern shore to rescue as many British soldiers, stranded, backs against the sea on the beaches of Dunkirk. Once called, the fleet made its way across the Channel to bring home as many as they could. The members of the fleet were not without danger, but the effort went forward so that these soldiers would once again see Britain and stand on its soil.

The other dramatic story is more current. Called by authority to put all boats to the rescue effort in southeast Texas, the Cajun Navy arrived from Louisiana – men with their memory of Katrina still fresh. Once there, the Cajun army asked those they came to rescue, “What can we do for you?” They saved the lives of people and pets, not without danger to themselves.

We really don’t need a disaster or a war to make active in ourselves the example of Jesus of how to initiate generous service to others. We live with family, neighbors, friends, and newcomers to our land who all, at some time or other, need to hear those words from us. “What do you want me to do for you?” Rather than hide behind our locked doors, or avert looking into the eyes of others, we need to ask and then to act. Now is the time.

And then there are the times we are the recipients of the question, the need. Be ready to tell it clearly and be grateful for the ones who have come in the name of God to help.

~Sister Joan Sobala
Posted by The Sisters of Saint Joseph at 9:54 AM No comments: