Enhancing and Honoring Our Freedom 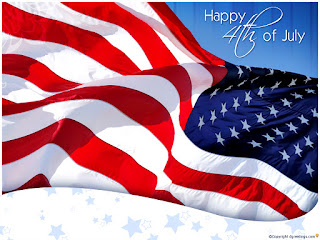 The work of launching  American Independence 239 years ago was personally costly. Of the 56 signers of the Declaration of Independence in 1776, five were captured by the British as traitors and tortured before they died. Twelve had their homes ransacked and burned, two lost sons serving in the Revolutionary Army, another had two sons captured. Nine of the 56 fought and died from wounds or hardships of the Revolutionary War. They signed their names and they pledged their lives, their fortunes and their sacred honor. It was serious business.

Is it as serious for us? The early patriots set the stage for the life we now live.  What are we willing to do to enhance that freedom that was so dearly earned? We are still fighting battles, but now, as in intervening years, the battles are largely not mounted from domination by foreign powers. They come from within, from fellow Americans who would deny freedom, opportunity, a future full of hope to certain members of our society.

The most recent national  tragedy at Mother Emmanuel  Church in Charleston speaks volumes for what is lacking and needed in our life together. We hope for a breakthrough, but the work, the national conversation, is ours. Each of us has a piece to offer the creation of a new American future. What is it?

Over the holiday we enjoy so much,


The quest to diminish evil and to promote the good is no mere human enterprise.  You knew I’d come to that. It’s true. That’s why you and I worship as often as possible:  to pray that we might recognize our part in all that is to be done to bring forth human harmony. We recognize ourselves as  being children of the same God, present and active in our midst as we live this third American century. In his message to the people on March 30, 1863, Abraham Lincoln prayed “that we might not imagine that all these blessings were produced by some superior wisdom or power of our own.”

Freedom claimed is not necessarily freedom retained. It takes discipline on our part, awareness of who is out there working for the common good, and a willingness to join our efforts to theirs.


Gracious God, may the recognition of your presence to us, everyday
move us to stretch out our hands to others who also call themselves Americans.
Let this simple gesture be a symbol of our desire to be one with each other in You.
May we honor the many cultures, traditions and roots
we carry within us, no matter where we or our ancestors came from.
May the great diversity we have not frighten us,
or make us withdraw into being with people
we believe are just like us.
Hold us open, Dear God. Hold us open.  Amen.


Posted by The Sisters of Saint Joseph at 9:53 AM No comments: