The Laughter of Life 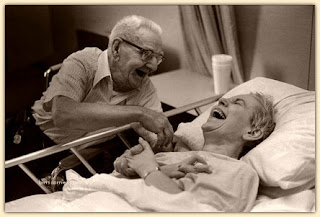 Laughter is an essentially human characteristic. We are the only creatures that make connections that tickle our funny bones. Bob Newhart says that “Laughter gives us distance. It allows us to step back from an event, deal with it and then move on.” That’s one reason why Saturday Night Live has such a wide audience.

“Then our mouths were filled with laughter and our tongues with shouts of joy. (PS.126)” That was what the captives did on their way back from Babylon. They were going home to Israel.

For some time after 9/11, the American public didn’t and couldn’t laugh. Comedians, it was noted, simply stopped trying to be funny. They huddled, but then went back to work.  They instinctively knew “There is a time to weep and a time to laugh, a time to mourn and a time to dance. (Eccle.3.4)”

The Rochester priest Gus Hanna considered himself a magician and a comedian as well as a dedicated man of God. He held young people in thrall with his humor, so that he could impart to them the deep lessons of faith. The youth he was closest to were at St. Joseph’s Villa – a safe place for troubled and troublesome children and teens through the mid-to-late decades of the last century. Father Hanna even had jokes on his voicemail. People would call, not to talk with him, but to hear his joke of the day.

Norman Cousins, longtime editor of The Saturday Review, learned the power of laughter during a battle with a debilitating illness. He discovered his condition improved when he enjoyed himself. Laughter, Cousins wrote, is like inner jogging. It helps us heal by activating the immune system.

One day at the end of January 1992, I found myself sitting in an outpatient cancer center, hooked up to an intravenous system, ready to receive my first dose of chemotherapy for ovarian cancer. Other women and men were there, too, likewise hooked up, each absorbed in dealing with their own cancers. There, above the tube leading to my arm, was the first drop of chemo. I closed my eyes, waiting for a spiritual image to come. Unbidden, what I heard in my mind instead was “Hi Ho! Hi Ho! It’s off to work we go.” I started to laugh out loud. People wanted to know what was so funny.  I told them. They laughed too. Like prayer, laughter binds people together and tears down the walls separating us.

Laughter, according to theologian Karl Barth, is the closest thing humans have to the grace of God. Laughter is as sacred as the hymns we sing, stained glass and silence.

So go ahead, laugh at oxymorons like working vacation, plastic glasses, definite maybe and exact estimate. Laugh with the 104-year-old woman, who, when asked what the best part of being her age was, replied: “No peer pressure!”  Laugh at ourselves when a mighty swing on the tee of the first golf hole produces a dribble or a whiff.

This summer, especially, let’s make a place in our faith for lightness, merriment and joy in simple pleasures, especially in the face of so much pain, madness and idolatry in the world around us. “Blessed are you who weep now, for you shall laugh. (Luke 6.21 )”


~ Sister Joan Sobala
Posted by The Sisters of Saint Joseph at 6:41 AM 1 comment: