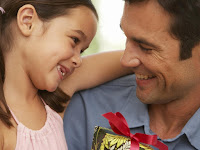 Happy Father’s Day to all of you who do what a father does.

I remember my own Dad, Connie, teaching me to dance when I was four, developing in me a sense of direction and teaching me how to read a map. He was always enthusiastic for family travel. Dad declined positions of advancement at work because he didn’t want work to overcome life with his family.

Each of us has memories of our fathers – some incidents, some words, some life lessons they taught us.

Many of us have warm positive memories and experiences of our fathers, but not all. Some of our fathers were disinterested; others were abusive, self-centered, governed by substance abuse or driven to succeed at all costs. Some have pushed their children to be what they, the fathers, want them to be. All of this is the stuff of novels, engrossing movies and – life.

Social scientists, psychologists and other experts in life issues help men to understand their relationship with their children, but men don’t learn the meaning of fatherhood only from other people. Each man also needs to look to God for a deepened understanding of fatherhood.

Jesus called His father Abba. Through the years of His own life, Jesus drew closer and closer to His Abba, and as he did so, his conviction grew that this was the appropriate name for the God of His relationship.

Our work is not to call God Father, but to study our relationship with God and come to our own appropriate name for the Holy One who never deserts us. Perhaps it will be Father.

In my bulging files, I have a quote from an interview a French journalist named Jean Guitton had with Pope Paul VI, who will be canonized this October. The portion of the interview I saved was where Pope Paul talked about the fatherhood of the whole Catholic community he felt as pope. What he said can be taken to heart by other fathers as well. “I think that of all the functions of a Pope the most enviable is that of fatherhood...Fatherhood is a feeling that invades the heart and mind, which accompanies you at all hours of the day; which cannot grow less but which increases as the number of children grows; which takes on breadth, which cannot be delegated, which is as strong and delicate as life, which only stops at the final moment…Would you believe it? It is a feeling which does not weary…which refreshes from fatigue.”

To the fathers who read this: May you not grow weary. May your heart be full of wonder at your children. May you turn to the Abba of Jesus for courage and sustenance each day.

~Sister Joan Sobala
Posted by The Sisters of Saint Joseph at 7:21 AM No comments: