A Culture of Non-violent Resistance 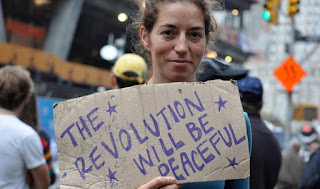 Non-violent protests have taken place across the country and elsewhere in the world since President Trump’s inauguration, even to this weekend. In themselves, such protests are a powerful symbol of solidarity and resistance to perceived injustice. Otherwise seemingly ordinary people are moved to act in extraordinary ways, convinced that human problems can be solved without violence. A movement, which began to rise as seemingly isolated instances in the last century, continues to be treasured, and repeated, albeit in new ways. We not only see it, we recognize it as holy. It’s ours to carry on for the sake of life.

One remarkable instance of non-violent resistance in Nazi Germany has been told by a man named Nathan Stolzfus. He reports that a thousand women demonstrated before the Rosenstrasse Detention Center in Berlin, demanding the release of their Jewish husbands who had been arrested by the Gestapo. The women were defiant, refusing to disband. After three days, the Gestapo released the men. Almost all of them survived the war. The women’s resistance had been both powerful and successful.

Non-violent resistance ultimately led to President Lyndon B. Johnson’s signing the Civil Rights Act of 1964. True, there have been violent demonstrations since then, even into this century, but the non-violent protest was rising to the level of conviction in the lives of Americans and many people around the world.

The United Nations unanimously declared the first decade of the 21st century to be the “Decade for a Culture of Peace and Non-Violence for the Children of the World.” At times, popular movements have been violent, but what is exposed to the world in such violence is the incredibility of violent regimes who don’t understand that violence is self-defeating. People want peace. The gateway to peace is non-violence. The cessation of hostility and genuine reconciliation are ways to peace, and nothing less will do. We ourselves have to make the choice to be non-violent.

In 1999, I was in Selma for the 35th anniversary of the March to Montgomery which had ended in violence just over the Edmund Pettis Bridge. That anniversary day, while waiting in the streets for the event to begin, many original marchers told bits and pieces of what happened as they went through last minute preparations for the 1964 march: Keep your hands in your pockets. Look forward. Don’t provoke anyone. “Yes,” an ardent civil rights youth had called out, “what if someone hits me and I want to hit back?” “Then you don’t march!” shot back the organizer. It was more than a rule to follow. It was the hallmark of non-violent action on behalf of justice. Non-violence would eventually win in that call for justice.

Nowhere in the gospel does Jesus ever use or advocate violence. In the Garden of Gethsemane, not long before Jesus would die violently on the cross, Jesus said no to the use of violence by His followers. There, in the garden, Peter cut off the ear of the high priest’s slave, Malchus (Jn 18.10). Jesus told Peter to put away his sword. When Luke reports this incident, Jesus heals the slave’s ear. (Lk 22.51.)

In these days, we turn to Jesus, the non-violent teacher of non-violence, to show us firm resistance without recourse to the sword or its contemporary counterpart.

~ Sister Joan Sobala
Posted by The Sisters of Saint Joseph at 8:28 AM No comments: