Staring Down the Hinderer 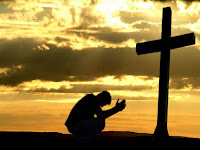 Lent is less than a week old and we are already confronted with the desire to be done with it. That’s why, for the first Sunday of Lent, whether we are in liturgical year A or B or C, the readings are always about Satan and how he interacts with Jesus in the desert and this year.

Did you know that the word, Satan, means “hinderer?” Satan is anyone, anything, any relationship or situation, any interpretation of life or way of thinking that prevents us from becoming fully what Christ wants us to be – His brothers and sisters – alive and active on behalf of goodness in our world.

The naturalist, Craig Childs, once wrote about being confronted by a mountain lion in the wilderness that straddles New Mexico and Arizona. Childs, equipped only with a knife, knew that this weapon was no match against the cat which kills by leaping on its prey’s back and attacking the spine.

“We (the lion and I) made clear, rigid eye contact. It began to walk straight toward me…A stalking stare…The cat was going to attack me…My only choice, the message going to the thick of muscles in my legs was to run…

What I did instead was not move. My eyes locked onto the mountain lion. I held firm to my ground, and did not even intimate that I would back off.

The mountain lion began to move to my left, and I turned, keeping my face to it, my knife at my right side. It paced to my right, trying to get around to my other side, to get behind me. I turned right, staring at it. My stare is about the only defense I had.

It was looking for the approach. I wouldn’t give it any leeway, moving my head to keep its eyes on mine. The lion began a long, winding route, still trying to come from behind…It watched me closely as it left. It walked into the forest…I never saw the lion again.”

Craig Childs stared down the lion that would hinder his life. Jesus, in the Gospel, stares down the hinderer. By virtue of our baptism, you and I are given the courage of discipleship to do the same.

The hinderer still stalks us, and sometimes, presents us with something so desirable and apparently good that our resistance wears down.

The good news comes at the end of 40 days in the desert, when the angels come to minister to Jesus. God was with Jesus in His temptations and beyond them.

The story of Jesus’ temptations and those of Craig tell us in divine and human ways, that God, who has created us so lovingly and sees us as good, will not abandon us to our quirks, our rebellions or to the hinderer.

Early in Lent and throughout this season, God, the Father of Jesus and Our Father is with us and for us as we look the hinderer in the eye.

~ Sister Joan Sobala
Posted by The Sisters of Saint Joseph at 8:30 AM 1 comment: