New Birth in Our Lives 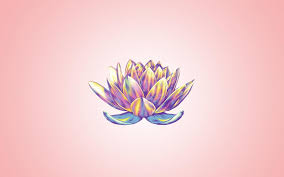 
This week and next, I hope you’ll spend some time with people who are prominent or shadowy in the biblical stories of Jesus’ birth and early years. This week, we’ll look at one old married couple, Zachary and Elizabeth, and one young married couple, Mary and Joseph. Next week, we’ll spend time with the innkeeper, the shepherds and magi. Each of these would have had a different story were it not for each other, or were it not for Jesus.


All of these people met God in their ordinary lives. When we think of them deeply, we find ourselves revealed as well.


Zachary and Elizabeth represent the true and faithful of Israel, who had waited ceaselessly for the coming of God -- out there beyond their family and friends. As a priest, Zachary knew the Scriptures, and was welcomed into the innermost part of the temple. God’s messenger came to him in this ancient and familiar place and told him that newness would break through in him.


Zachary was disbelieving, responding in effect “I can’t. I’m too old. We are too old. You can’t be serious.” But God was serious and for his disbelief, Zachary was rendered speechless. Somehow he conveyed this staggering news to Elizabeth. She believed. They came together and together they waited – two old people whose youth was restored for the sake of a child and a message. Imagine their waiting, their intimacy, their awe.


You and I give birth in our later years. God comes to us un-old and familiar places and says: “Newness will break in upon you.” In our older years, we do not give birth physically, but we give birth nonetheless – to an idea, an attitude, a movement.  Maybe we give birth to people who are already born by letting them go or by encouraging them to use their talents in other imaginative ways. As with Elizabeth, the new births of our lives need welcome and nurturing.


Mary and Joseph were tender youth who had ordinary and expectable hopes for their life together: marriage, a family, reaching old age together, seeing their children’s children. But all of this was not to be. God strained their faith and their relationship to the limit. Both said yes to God, but not without an interior struggle.


Mary and Joseph prepared or were prepared over a long time for the things that broke in on them with apparent suddenness. They could only see this in retrospect. That’s the case with us, too, Joseph attempted to reach a decision through analysis. In the end, he paid attention to the dream. How important it is for us to pay attention to our dreams.


What else has occurred to you about the mirror of these figures for your life and our world?
~Sister Joan Sobala
Posted by The Sisters of Saint Joseph at 9:11 AM No comments: