November Brings a Burst of Remembrance 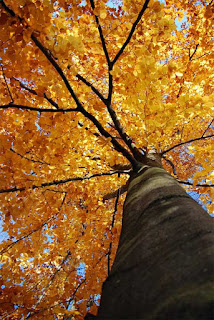 With a burst of remembrance, you and I, our whole church, in the first two days of November, embrace the dead: the holy and historic saints who have gone before us, the holy ones in our families and among our friends, who have no saintly titles but whose lives were rich with human vitality, courage and love.  We remember also people we don’t know, but mourn their tragic and untimely passing, most recently, the passengers and crew of the Russian plane that went down over the Sinai Peninsula  just last weekend. On these days, we remember all who live in the great beyond. We honor them all. We bless them and ask their blessing.

In many places around the world, family members go to the burial places of their dead, clean and decorate them, honor their beloved by their presence and actions, call to mind the lessons of these remembered  lives, talk with their dead.

Christian burial practices have ancient origins. In those early centuries, after a procession to the grave, the Eucharist was celebrated, and a eulogy was given- words of praise for the life of the deceased interwoven with the consolation that the Christian faith offers at the time of loss. Relatives would give a final kiss to the body of the deceased. This kiss witnessed to the affection of people for the deceased and the belief that this body was indeed holy, sacred. That kiss appalled non-Christians, who thought that any contact with the corpse defiled them. At first, families buried their dead in the catacombs outside the city. Later, when churches were allowed to be built,  cemeteries  were planted  around them. It was a deeply held   belief that both the church and the people whose bodies were buried in these cemeteries, made the church grounds holy.

Vatican II opened up the possibility for Catholics to be buried in non-Catholic cemeteries, where their plots were blessed and named holy. Cremation also came to be accepted as well, with reverence for the human body still at the core of the practice.

All of this is to say that “the body is the human place of meeting between God and humanity. The body is  the possibility and the reality of communication with God” according to theologian and Cardinal Walter Kasper.

Have you someone buried in a local cemetery? This month, go there to honor them, listen to them speaking to us from beyond. Or  if you have no one buried nearby, go to a cemetery anyway, to honor the lives of the strangers buried there. They are related to us as well.

Harder than doing either of these, talk with a loved one about his/her burial wishes. They may be nowhere near dying, but there is a value in doing this while death seems to be a distant reality. Sharing this conversation gives you both the chance to raise up both questions and beliefs about honoring the body,  about death as  a passage and  about life beyond the grave.

PS.  Join me for two upcoming Fresh Wind In Our Sails Programs:(Send me an email if you'd like to go at jsobala@ssjrochester.org)

Finding Faith: A Couples Story
Wednesday, November 4, 2015, 7 – 8.30 pm at the SSJ Motherhouse, 150 French Rd, 14618
Marlene Bessette was a non-practicing Catholic and Eric Bessette was an avowed agnostic when they met. They pushed and pulled each other along to spiritual places neither would have imagined.Come listen and take part (if you wish) in their discussion!


Posted by The Sisters of Saint Joseph at 7:18 AM No comments: