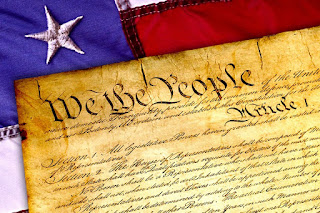 From our very beginning as a nation, the United States has been both visionary and flawed. The American dream was liberty and justice for all, but “all” definitely did not include blacks and women. “Remember the ladies,” Abigail Adams wrote to her husband, John. She knew and he knew that “all” meant white men.

On the Fourth of July this year, we can celebrate that blacks and women have made some progress achieved through Constitutional Amendments. But barriers to the black vote haunt them at the voting machines, and there is no equal pay for equal work. The Equal Rights Amendment remained an unresolved issue.

Now, immigrants, refugees and asylum seekers are at our borders, and we know how badly they and their children are being treated. Abigail Adams would weep. The founding vision of liberty and justice for all seems not to be treasured by many who now live under its broad canopy. White is better or more to the point, white is supreme. While Jesus said, “Let the children come to me,” powerful forces in our government say, “When the children come to us, we will separate them from their parents who have fled the violence in their homelands.” After all, it is erroneously said: their parents have broken the law. And we complain that ISIS used children as tools of destruction.

As our nation’s founding events are celebrated this week, as Americans, let us look at ourselves frankly and let us Christians look at ourselves in the light of the Gospel. We recognize that, whatever ethnic, ethical, religious heritage is ours, we are called to shape our individual characters and the character of our nation so that all can build a future full of goodness and hope, respecting the dignity of every man, woman and child. David Brooks, in The Road to Character tells us about the inner work we must do to become who we are called to be at our deepest level. While he speaks of the individual, we can also say this of our nation: “Although we are flawed creatures, we are also splendidly endowed. We are divided within ourselves, both fearfully and wonderfully made. We do sin. But we also have within us the capacity to recognize sin, to feel ashamed of sin, and to overcome sin. We are both weak and strong, bound and free, blind and far-seeing. We thus have the capacity to struggle with ourselves…We wage our struggles in conjunction with others waging theirs…” (pp.262, 265)

Thank God that, around the country in these days of immigration disintegration at our southern border, ordinary people of extraordinary character are standing up to say no – by their refusal to use our nation’s goods and businesses to further this cruelty to children, by gathering in protest, by using their talents to help legally and psychologically, by their financial donations, phone calls to Congress and prayer. In our land, good people will do good things and good will prevail, even though no end is in sight. That is the belief of people of God – Christians, Jews, Muslims, humanists and those who have no declared religious convictions. On this Wednesday, the Fourth of July, Independence Day, may we commit ourselves to the shaping of our characters and our lives in community, so that good may prevail.

~Sister Joan Sobala
Posted by The Sisters of Saint Joseph at 6:59 AM No comments: