A World of Inclusive Love 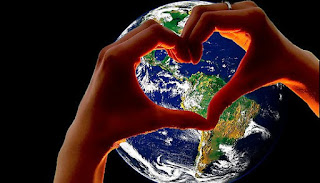 If we think about the way we live in our country as well as the way the US immigration process is being shaped, it is clear that people are divided into (potential or actual) insiders or outsiders. People are enemies or allies, acceptable or not, Protestant or Catholic, Muslim or Christian, educated or not. Sometimes workers and management see each other in hostile ways. The divisions in Congress are evidence as well that we cut ourselves off from one another by the word “or.” But divisiveness is not of God. In Isaiah, we hear that “the burnt offerings and sacrifices of foreigners who join themselves to me will be acceptable at my altar” (Isaiah 56.6-7). So much of Paul’s letter to the Romans invites us to give up divisions and be reconciled with one another.

Inclusiveness is hard work, even for Jesus. When Jesus crosses the geographic boundary from Galilee into Tyre, he encounters a Syro-phoenician woman who crosses invisible ethnic and religious boundaries to seek healing for her daughter from Jesus. She is a symbol of all those excluded from Jesus’ original mission to the Jews. She called out to Jesus, but he would not answer. But mothers, worldwide, will do anything to achieve their children’s well-being. She speaks her truth in the face of prejudice and would not accept no for an answer. Even the insult Jesus sent her way could not deflect her from her point. In a moment of grace, she deftly turned Jesus’ words into a compliment of sorts, transforming his no into a life-giving yes.

“Lord, help me,” she begged (Matthew 15.21-28), using the same words that Peter spoke as he sank into turbulent waters in the previous chapter of Matthew. Why should Jesus help Peter and not the Syro-phoenician’s daughter? Why indeed? Faced with the Syro-phoenician woman’s insistence and persistence, Jesus experienced a conversion of heart. He moved from being exclusively for the Jewish community to being inclusive. Never again in the Gospel would Jesus’ embrace be narrow.

How narrow are we? Last weekend’s altercation in Charlottesville, VA was the product of right wing groups who believed themselves to be superior to all others and therefore, sure of their rightness, dared to wage a battle against their so-called inferiors. Will we tolerate that way of dividing people one from another? The inclusiveness of Christ needs to reach into backyards, summer festivals, homes and in the centers of national, state and local government. The mayor of New Orleans, Mitch Landrieu, spoke to his city in early July as the last of four Confederate monuments was removed. He reminded his people “This is not about statues, this is about attitudes and behavior as well. If we take these statues down and don’t change to become a more open and inclusive society, this will all have been in vain.” Mayor Landrieu ended by quoting Abraham Lincoln: “With malice toward none, with charity for all, with firmness in the right, as God gives us the right to see the right, let us strive on to finish the work we are in, to bind up the nation’s wounds…to do all which may achieve and cherish a just and lasting peace among ourselves and all nations.”

In the name of Jesus, who dared to connect in compassion with the Syro-phoenician woman, let us also serve the cause of inclusive love.

~Sister Joan Sobala
Posted by The Sisters of Saint Joseph at 12:05 PM 1 comment: