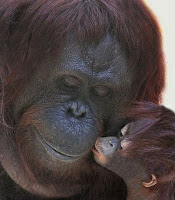 During the height of Hurricane Irma, several small dolphins got washed up on the gulf coast. Two members of a TV crew tugged them back to their watery home, while a cameraman filmed the rescue. A week or two before, in southeast Texas, rescue squads saved household pets from death – bedraggled looking cats and dogs were spirited away. Meanwhile, on the vast King ranch, cattle instinctively moved to higher ground, but had no food, so hay was flown in. Intuitively, human beings save animals from dire circumstances whenever we can. Their presence in our world is more than a backdrop for human drama. In an interview after she wrote “Ask the Beasts: Darwin and the Love of God,” Elizabeth Johnson CSJ wrote ”the beasts have their own relationship with God, apart from us, as creatures of God whom God also loves. It’s not all about us.”

Animals, from earliest times, have had an important place in the lives of human beings, not just as sources of food and clothing, but as sources of joy, learning, companionship, healing and wonder. Job 12.7-8 reminds us “Ask the beasts, and they shall teach you; or the birds of the air, and they shall tell you. Or the reptiles on earth to instruct you, And the fish of the sea to inform you.”

You and I, our predecessors and contemporaries have been nudged to value animals, domestic and wild, by perceptive interpreters of the animals of our world. Chief Seattle, addressing the US government in 1854 reinforced our connectedness with animals; “What is man without the beasts? If all the beasts were gone, men would die from a great loneliness of spirit. For whatever happens to the beasts, soon happens to man. All things are connected.” The American naturalist Henry Beston challenges us to “have a wiser and perhaps more mystical concept of animals…They are not brethren, they are not underlings; they are other nations, caught with ourselves in the net of life and time.”

Environmental respect, justice and wonder have long been part of the writings of Catholic bishops and popes, but these ideas have yet to catch fire in people’s hearts. We have yet to realize that this way of thinking about the beasts is not an add-on to faith, but part of the very path of faith we travel. “Exult, all creation, around God’s throne” we pray at the Easter Vigil. Even as we say these words, we don’t fully recognize how all creation participates in the Resurrection of Jesus.

October 4, the feast of Saint Francis of Assisi, is a scant 10 days away. In preparation for the feast, why not use these days to heighten our appreciation for the beasts with whom we share the earth. Go to the zoo, check out the Southeast Asian quail that play underfoot at the Lamberton Conservatory, feed the fish at Powder Mills Park, watch National Geographic or WXXI programs on animals. Tell remembered stories of seeing animals interacting with various species and one another.

The American author Barry Lopez invites us to do our part in reestablishing an atmosphere of respect for the complexity of animals’ lives and give up trophy hunting, factory farming and laboratory experiments that cause animals to suffer unduly. This respect could even help us feel revivified as a species.

~Sister Joan Sobala
Posted by The Sisters of Saint Joseph at 10:18 AM 1 comment: