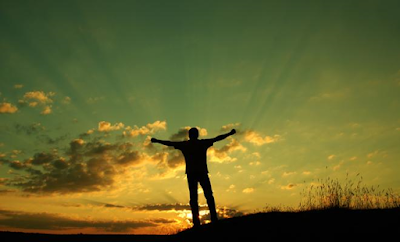 Today I am thinking of a man who will never be remembered in Jim Memmott’s Democrat & Chronicle column about Remarkable Rochesterians. His name was Bernard Aloysius O’Byrne. Bernie’s funeral was held 30 years ago last weekend at the then Corpus Christi Church.

As a child, Bernie was judged to be one of those people who would never amount to much in life. In some bystanders, that conviction grew over the years. Bernie was a stutterer – and in a less patient, less accepting time, people put stutterers in a category all their own. Bernie was also an alcoholic, although eventually a recovering one. No one knows when or why he came to Rochester, but he spent his last 28 years here, washing dishes, going to AA meetings and using his personal money to help AA folks. Bernie died at Isaiah House, without money, without friends, without family, without any apparent success to mark his efforts. At the end of the funeral liturgy, the ushers took up a collection to send Bernie O’Byrne’s remains back to Carbondale, PA for his burial. He had hoped to rest in his family’s burial site. Now his wish would be granted.

Seven-hundred people came to Bernie’s funeral – people whom Bernie had touched, largely through AA. He had inspired, cajoled, championed, humored AA members to stay in their recoveries, to rebuild their lives and not be ashamed of illness of any kind.

These 700 people are a local living example of what James says in today’s second reading. They respected Bernie for who he was. Neither poverty, nor alcoholism, nor a speech impediment prevented them from honoring this man in death because he had touched them in life. Bernie was among the beloved of God.

Bernie was never cured of his stuttering. His mouth was never opened in the way you or I think valuable and necessary. But he was opened in a different way. God had brought about in Bernard Aloysius O’Byrne’s life a reversal of circumstances according to God’s design, not ours.

There is something especially poignant about the sensitivity of Jesus in healing the deaf – mute in today’s Gospel. Jesus drew him away from the crowd to save him embarrassment. As the deaf-mute watched, Jesus spat on the ground to communicate his intention to heal. In those days, spittle was understood to be curative. Jesus touched the man’s eyes and tongue. Among the Mediterranean people, the mouth and ears allowed for the heart’s expression. Jesus looked up to heaven in order to indicate that he acted in union with God. And the man – a foreigner – was made whole. “Ephphatha! Be opened!” Jesus said to him. Jesus cured this man, but not every sick person He met. It is the reversal that’s important – and the gateway to reversal for Bernie and for each of us is Ephphatha! Be opened!

In our personal lives, Ephphatha can mean be open to recognizing and dismantling the fears that keep us from speaking the truth in love, be opened to new and deeper experiences which can be ours if we stop living on the surface of life, be opened to the heritage of our families and church, open to a God who offers limitless hope instead of hopeless limits. Ephphatha! Be opened!

~Sister Joan Sobala
Posted by The Sisters of Saint Joseph at 10:36 AM No comments: