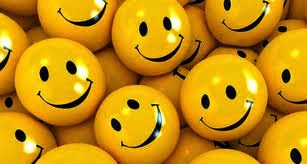 I hope our spiritual practice this summer might include becoming more keenly conscious of God’s gift of laughter. With so much pain and suffering as a daily portion of the world’s news, sadness over tragedy  threatens to overcome us. True, we need to be attentive to the world’s pain. But laughter takes the edge off our troubles. It offers a distraction and sometimes even relief from pain and grief.

Norman Cousins, a longtime editor of The Saturday Review, learned the power of laughter during a battle with a debilitating illness. He discovered that his condition improved when he enjoyed himself. Laughter, Cousins wrote, is like inner jogging. It helps us heal by activating our immune system.

One day at the end of January 1992, I found myself sitting in an outpatient cancer center, hooked up to an intervenous system, ready to receive my first drop of chemotherapy for ovarian cancer. Other women and men were there, too, likewise hooked up, each absorbed in their own dealings with cancer.

There, above the tube leading to my vein, was the first drop of chemo. I closed my eyes, waiting for some sort of soothing, encouraging spiritual image to come to my aid. What I heard in my inner being was “Hi Ho! Hi Ho! It’s off to work we go!”

I started to laugh out loud. Other people wanted to know what I was laughing at. I told them. They laughed, too.

Like prayer, shared laughter tears down walls and binds us together.

Laughter, according to the theologian Karl Barth, is the closest thing to the grace of God. Laughter is as sacred as music, stained-glass windows and silence.

The first time we hear about laughter in the Scriptures is in Genesis, when Sara is told that she, ancient though she was, and her equally ancient husband, Abraham, would conceive and bear a son.(Genesis18.12 -15) She laughed. From then on, in various parts of the Hebrew Bible, laughter is named as the best response to the situation. “There is a time to weep and a time to laugh."(Eccl.3.4) “When the Lord restored the fortunes of Zion, then we thought we were dreaming. Then, our mouths were filled with laughter and our tongues sang for joy.”(Ps.126 1-2)

Sometimes the laughter described in the Hebrew Bible is derisive, taunting, lacking in a shared sense of delight in the incongruous. Jesus is laughed at in each of the Synoptic Gospels by bystanders who use laughter to ridicule Him. (Mt.9.24, Mk. 5.40,
Lk. 8. 53)

Of all God’s creatures, only human beings can laugh. What about hyenas, we say? A natural response that doesn’t arise from recognizing incongruity. Cultivate the laughter of humor. Give up the laughter that diminishes the other. Enjoy oxymorons like working vacation, plastic glasses, definite maybe and exact estimate.

Laugh at bloopers like the famous “Ladies and Gentlemen, the President of the United States, Hoobert Heever.”

Laugh at ourselves when a mighty swing on the tee of the first golf hole produces a dribble, or when the chicken on our plate flies across the room as we attempt to cut off a piece.

Make a place in our faith for lightness, merriment and joy in simple pleasures – especially in the face of the world’s lack of ability to do so.

~Joan Sobala, SSJ
Posted by The Sisters of Saint Joseph at 12:13 PM No comments: