More to St Patrick's Day Than Meets the Eye 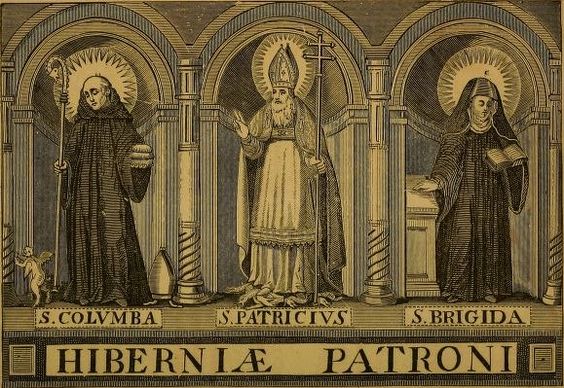 There’s more to St. Patrick’s Day than meets the eye. It’s the tip of a rich form of Christianity that began with Patrick in the 5th century, grew with Brigid, Abbess of  Kildaire, also  in the 5th century and took off across the Irish Sea with Columba, a 6th century monk from northern  Ireland, who landed on the small island of Iona in the Inner Hebrides. There in 563, Columba founded Iona Monastery. Long before Columba’s arrival, Iona had been considered a holy place, where Vikings, the Irish and Scots had buried their kings. It was considered to be a thin  place, that is a place where the membrane between heaven and earth was so thin that someone standing there could easily touch heaven.

Columba’s monastery flourished. The monks farmed, taught local people and worked on illustrated copies of the Scriptures, preserving them in this isolated place while the continent of Europe seemed to be shrouded in forgetful darkness. The  famous  Book  of  Kells, enshrined at Trinity College, Dublin, is actually an illuminated manuscript labored over by the monks of Iona, beginning 800.

By the middle of the 7th century, a Roman style of structuring the Church was being promoted in the Isles.  This  Roman  style  consisted  of dioceses with bishops, priests, deacons and parishes. The Celtic style implied that local communities were clustered around monasteries, where people prayed, studied and were kept safe from marauders. In 664, with the Abbess Hilda presiding over the Synod of Whitby, King  Oswy of Northumbria  chose  the Roman style of structuring church. While the

Abbey of Iona resisted the Roman mission well into the latter part of the 9th Century, the formally structured Celtic mission was ended in 1203. People in Ireland and Scotland nonetheless continued the Celtic prayers, songs  and theology on their own.  Since 1900, Celtic Christianity has experienced a revival which many of our peers find helpful for prayer and spiritual growth. It is not antithetical to other expressions of Christianity. Rather, it is a way of listening to God and acting out of the inner beckoning of God.

Good and holy things, like Celtic Spirituality, have a way of reappearing and appealing to people who revive them for the good of all. I am skipping a lot of history but want to tell you that, today, the Abbey of Iona is flourishing, as part of the Church of Scotland with strong ecumenical ties. Celtic spirituality flourishes today through the music of John Bell, the writings of John Phillip Newell and John Donohue.  Celtic Christianity as seen through their music, prayer and writings emphasizes God at the heart of Creation and the goodness of all life. There is a profound  Trinitarian motif running through Celtic Spirituality, as we see in this ancient prayer:  “The Sacred Three/ My fortress be/ Encircling me/ Come and be/ ‘round my hearth and home.”

John Donohue revived the ancient term ,”anam cara”, the name given to a person who acted as a spiritual guide, companion and teacher – someone who was the truest mirror to reflect our soul.
According to the spiritual vision of the ancient Celts, Jesus is the secret Anam Cara (the soul friend) of every person, What  a wonderful way to pray.  Jesus, Soul Friend.  Jesus ,  Anam  Cara.

Posted by The Sisters of Saint Joseph at 9:55 AM No comments: