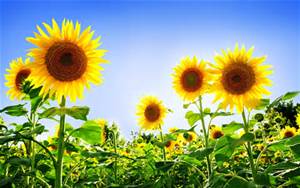 My young friend, Mark, learned to drive a year ago. He was so happy to have that license. It represented freedom of movement to him – a milestone in the passage  toward adulthood. Remember that exhilaration? I do. It still shows up sometimes when I get behind the wheel. Six months later, Mark told his mother: “There’s a lot of repetition, isn’t there? Going back and forth over the same expressway or city streets.”

Carl Schulz, the creator of the Peanuts cartoon series, looked back over 50 years of producing daily cartoons. His personal challenge, in his own words, was “to do the same thing, day after day, without repeating ourselves.”

The Carmelite Sisters on Jefferson Road in Henrietta, New York and the Trappists of Piffard, New York are monastic communities, committed to a life of prayer in a stable community. How easy it would seem to just get in the groove. But these communities work at remaining vital and fresh, their members committed to seek and find the newness offered by the Holy Spirit.

The dominant culture of our society seeks newness to overcome boredom. Both teens and adults quickly take to new vocabulary, new fads, only to abandon them for the newer new. You have already missed the debut of the new Star Wars memorabilia!

It would seem that newness is better. After all, doesn’t the One sitting on the throne in the Book of Revelation 21.5 tells us “Behold I make all things new!”

But the old and the daily and the valuable are part of the treasure hidden in the field that Jesus speaks of in Matthew.

Our work, as we begin the new post-summer season of building life is to sort out the “trite- new” from the “valuable- new”, the old and repeatable from the useless and repeatable.

Here are questions worth considering in this new time of year: What do I do daily that is a treasure and is in danger of being lost to unconscious repetition?  How do I make the continuity of purpose essential in my way of living?
~Sister Joan Sobala

Posted by The Sisters of Saint Joseph at 8:17 AM No comments: