The Mountains of Life 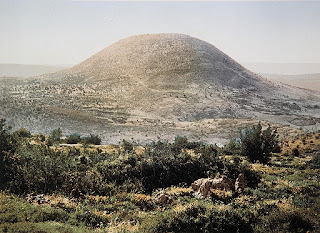 The Olympics have given us a sense of what it means to go to the mountain. The downhill slalom and giant slalom races and the “pipes” have been held on steep, treacherous, unyielding courses, where only the most skilled and daring finish the course. Sometimes the wind on the mountains hampered events, sometimes the mountain itself defeated its would-be conquerors.

Important things, symbolic things happen to people on the mountains of life.

Abraham thought he went to the mountaintop to do the unthinkable – to sacrifice his only son, Isaac, his heir, the bearer of the future. Human sacrifice was practiced widely in the ancient world. People really thought that such practices were pleasing to God. Some commentators say that the story of Abraham and Isaac was meant to put an end to human sacrifice. That is the usual interpretation of this horrific story. We want to say “we’ve moved beyond that!” But have we? Don’t governments and people sacrifice one another for causes that are judged to be worthy?

On another mountaintop, centuries later, there was another son – a Beloved Son, who went up the mountain for some respite from work. There was an uneasiness in Peter, for earlier, in one breath, he acknowledged Jesus as the messiah and in the next breath, he had denied that Jesus would have to suffer and die. Peter and Jesus each had their own thoughts as they climbed the mountain.

There, Jesus was transformed. He was radiant, glorified, honored once more by His Father as He had been at the Jordan after His baptism by John. Peter, James and John were told to listen to this Beloved Son.

Lent calls us to listen to God, to obey and to offer, like Abraham and Jesus, all that we are and have. You and I could name the Isaacs of our lives that we have cherished and have had to give up. We haven’t necessarily recognized the ways in which God has returned them to us. We’ve also had transfiguring moments, when the Glory of God has shone in us or on others we have witnessed transfigured, and we have forgotten them. Now is the time to remember.

As we wonder what will happen to us as we go up the mountains of our own lives, let’s also remember His message to us: Take care of one another. Love one another. Be kind. Let your heart go out to the stranger as well as the friend. Sometimes, be heroic, if that’s what called for. Decide what is more important than life itself. Act on it.

Jesus tells us that we will not be overcome on the mountain.

~Sister Joan Sobala
Posted by The Sisters of Saint Joseph at 7:22 AM No comments: