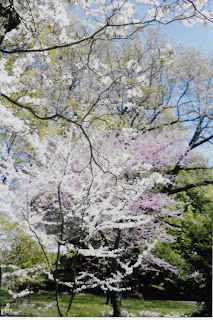 
Since the introduction of the New Roman Missal in 2010, the presider can invite the congregation to say either the 4th Century Nicene Creed or the Apostles’ Creed, the essence of which goes back to the teaching of the Apostles. Besides being more ancient, the Apostles’ Creed is simpler in phrasing and choice of words. We seem to like it, except for one phrase which makes us frown.


Our question is modern. Hell, in our day, means only one thing – the place of eternal punishment after death. But for the ancients, the word “hell” had many synonyms. It was the grave. The Hebrews called it Sheol. The Greeks, Hades. These were different from Gehenna - a fiery, always burning garbage pit outside of Jerusalem – more akin to our modern hell.


But in early Christian theology, the grave or  Sheol or Hades or Gehenna, was simply the gathering place of all who awaited with some peace the opening of heaven by Christ. The great figures of the Hebrew Bible were there, holy people of non-Jewish origin, good people like you and me. Another way of saying he descended into hell is to say he descended to the dead.


Jesus came for everyone, scoops up into his divinely human embrace all who went before and all who came after him. Death would never be the end of life. Life would be the true outcome of death.


To say that Jesus descended into hell is to tell us something about that seemingly barren, unknown time from the late afternoon of Good Friday through Holy Saturday. It was not a barren time at all. Sister of Saint Joseph Eileen Lomasney offers us a poetic picture of this in-between time:


The one old man who had not stirred


None toned a psalm or raised a greeting song.


Close to his heart


When the embrace was done,


“How is your Mother?

Posted by The Sisters of Saint Joseph at 6:23 AM No comments: