Creating an Attitude of Generosity 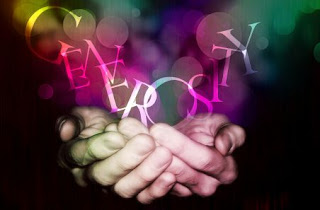 Pepe and Rose were homeless people in Rochester in the 1980’s. Pepe was Sicilian, a burly, bushy-bearded man. Rose, his sweetheart, was fair and Irish, complete with a lilting accent.   Somehow, they found their way to Saint Mary’s Church, and once they saw that we were hospitable, they came every Sunday. After they had been there a year or two, the parish began raising funds for the renovation of our worship space. One Sunday, after the 8:30 Mass, Pepe pressed a dirty, crumpled up dollar bill into my hand. “This is for the renovation”, Pepe announced with Rose’s smiling approval. “ Oh, Pepe,” I countered, “couldn’t you use it for a meal this week?” But Pepe would have no part of it. I could see that thanks were the only proper response. On the day the church reopened, Pepe and Rose came up the aisle, their eyes drinking in every detail. I came upon them just as Pepe was saying to Rose, “Rose, will you look at what we did!”

I never read the story of the widow feeding the prophet Elijah with her meager store of ingredients without thinking of Pepe and Rose.

Then there’s the gospel account of the woman whom Jesus sees walking slowly toward the temple treasury, the smallest Jewish coin in her hand. She was intent on making her contribution to the temple upkeep.

The unnamed woman was a widow, socially degraded by her widowhood. This woman was generous beyond her means, unlike the Scribes and Pharisees whose grasping ways Jesus rejected.
The generous sharing of what we have is no simple matter. How much of what we have should we share? With whom, why, when and how? There can also be in us a niggling sense that what we share may be wasted or misused to build political or religious empires rather than assuage the pain of the people.

Generosity is not only complex, it requires trust, and trust means “no assurances.” Take the widow of Zarephath  for instance. She had to trust that that using the last bit of her oil and flour for the prophet would not mean death for her and her son?

How does one create in oneself an attitude of generosity – a non-clutching, other-centered way of living?

Look around at what you see and what you hear? Some medical professionals put their own practices on hold and spend a month or two every year or so using their skills on behalf of the poor of the Caribbean.  Some people I know give away a top or slacks when they get another. Trevor, a 10 year old in Philadelphia saw on the news that the homeless in his city had no pillows or blankets. He convinced his Dad to take him to find someone to give his own pillow and blanket. Then he started asking his neighbors for their contributions. Before long, the whole city had caught onto the boy’s generosity.

These examples show how ingenious, how creative people can be when they take the call to generosity seriously. Their stories are mirrors through which we can look at our own lives.
For anyone who tries to hear the Word of God and keep it, the generosity of the widows in today’s readings are a reminder and a promise – a reminder that what we have is not ours to covet or hoard and a promise that, in some unspeakable way, the good we have and are will not run out in the sharing.


~Sister Joan Sobala
Posted by The Sisters of Saint Joseph at 7:52 AM 2 comments: