At the Crossroads of Life 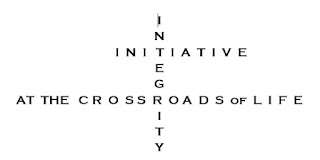 
I don’t know about you, but I like the crooked steward in today’s gospel. It’s not his dishonesty or deviousness that’s appealing, but rather, his initiative.


Caught in his misdeed , the crooked steward  put into motion a plan to survive and be welcomed  into new places after his job collapsed. While the master didn’t keep the thief on as manager, he did admit that the steward acted shrewdly.


Sometimes it takes a threat to get us to change my ways. We go to the gym when our clothes get too tight. We spend more carefully when the bank account dwindles. In our spiritual life, we put off doing the right thing until we absolutely have to. We pray when  we are most in need. We are most generous with all we are and have when we feel guilty for being stingy. In short, we need initiative to get us where we want to be.


Jesus says to his followers: pursue the kingdom of God with as much enthusiasm as the crooked steward had for his own skin.


Even though the steward has initiative, he lacks integrity. That same quality is missing in the merchants whom  Amos  excoriates  in today’s first reading. The merchants were guilty of exploitation. They used two different sets of weights to measure goods – one for selling and one for buying.  Both sets  were calibrated to the merchant’s advantage. Amos tells people that one’s religious convictions should shape one’s efforts in the public sphere.

Jesus’ point in telling the story of the enterprising crook is that we should be shrewd about spiritual things as we are about gain and earthly advantage. He tells us to work at our spiritual lives with   enthusiasm and creativity.


So this week, today, as a matter of fact, you and I need to as enterprising as the unjust steward and land on our feet when adversity strikes and our plans and hopes are shattered. But more than landing our feet, we have to have in us that integrity that doesn’t seek to be greedy or self-serving. Jesus calls us to care for other people and our world, to have a sense of justice and generosity in what we do.


The Georgetown educator Kevin O’Brien, SJ, offers us this thought on the steward that comes from the fertile mind of Jesus: “In a world where plenty of people use cunning to undermine god’s reign, God needs inventive, practical and clever problem-solvers and risk-takers. God just might be asking us to exercise some holy boldness in our lives.” That’s the takeaway today: holy boldness.

Posted by The Sisters of Saint Joseph at 12:13 PM No comments: