The Breath of Christ 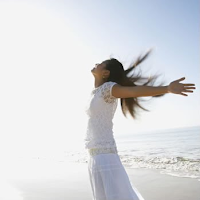 Thomas wasn’t there on Easter Sunday night, when Jesus breathed on his disciples – a comforting, welcoming, power-instilling breath. You and I know the power of breath in CPR, for example, and how close one has to be to feel the breath of another. The Greek word that is used to describe Jesus breathing on his disciples appears here and nowhere else in the New Testament. But it’s the same word used three times in the Old Testament – at the creation of human life by God in Genesis, when Elisha, the prophet is described in Second Kings as breathing life into a dead man, in Ezekiel, where the breath of God puts new life into dead bones. That very breath is in us, making us a faith community, a new creation.

That Easter night, the Risen Jesus also gave his disciples the power of loosing and binding. Catholic theology recognizes in this passage about binding and loosing the roots of the Sacrament of Reconciliation. And so it is. But we can say moreover that the whole Church is called to bind and loose people. We tend to think of our responsibility to bind and loose as minimal and that the task/the grace of binding and loosing properly belongs to priests and bishops.

But the Gospel does not allow us to give this commission away. It’s like this: You and I and people all over the world participate in human reconciliation with God. That reconciliation is at the heart of the Lenten season we just experienced. I know people who, during Lent, made phone calls, wrote letters and did whatever they could to foster reconciliation among people and reconciliation of people with God. We bind people to be faithful to their commitments, to their own integrity. Richard III of England took as his motto “Loyalty binds me.” We, too, are bound by our loyalties, our talents, our unity as a believing community. We are also told to free one another from the people, situations and cultural inducements that bind us destructively. I cannot be persuaded that the American cultural practice of Sunday morning sports leagues for children and teens, a.k.a. churchless Sunday mornings, is for the good of the faith of families or the participants themselves.

On this Second Sunday of Easter, all our readings remind us that we are called and commissioned together, and that being together for Sunday worship is not a luxury but a necessity for Christians.

At his home, one winter night, the famous 19th Century American evangelist DL Moody was listening to a guest defend himself in being separated from the faith community. “Frankly,” the guest told Moody, “I don’t see any problem about not being part of a church. I can be quite a good Christian out of the Church as well as within it.” In answer, Moody moved toward the fireplace, took up the tongs and removed a piece of wood that had been ignited. The two men watched the wood, separated from the fireplace, begin to falter, smolder and not long after, go out. The lesson brought the man back to church after that. He had learned that to separate oneself is to cease to burn.

The disciples accepted Thomas when he returned the following week, and the Risen Jesus gave him every opportunity Thomas said he needed to continue in faith.

We, too, have every opportunity to accept the breath of Christ into our being – to bind and loose in Christ’s name – intangible, real Easter gifts that can engender new life.

~ Sister Joan Sobala
Posted by The Sisters of Saint Joseph at 8:47 AM No comments: