Recognizing the Risen Lord in Your Life 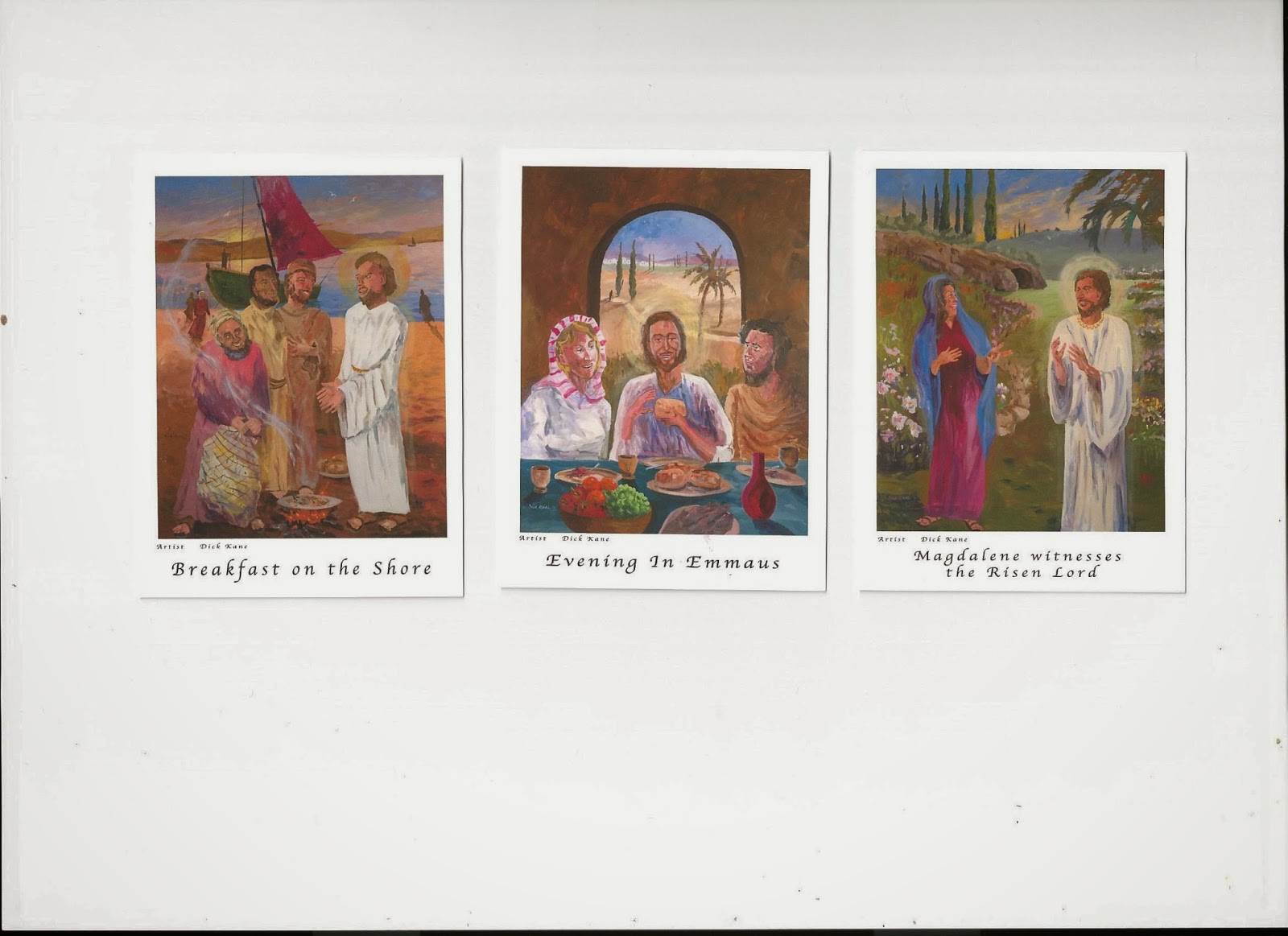 As April in the north is awash with drenching spring rains, the Easter season Gospel narratives are awash with the revelation of the God of Surprises. An experience threaded through many of these accounts is that the disciples did not initially recognize the Risen Jesus. They had to learn to recognize Him in His new, risen way of being.

On Easter Sunday morning in John’s Gospel, Mary Magdalen encountered Jesus in the garden outside the empty tomb. She thinks he is the gardener. “Woman,” He says to her,” for whom are you looking?” (John 20.15) But when He says her name, she does recognize Him. We recognize Him when he says our name. The voice may be that of another person, but the one who calls us by name is the Risen One.

In Luke, Cleophas  and his companion, are walking dejectedly back to Emmaus, when a stranger joins them.  With him they had a revelatory conversation, but they were still clueless. It was only at the supper table that the God of Surprises “took bread, blessed it and broke it, and gave it to them “(Luke 24.30) did they recognize Him. We recognize Him in the breaking of the bread at Eucharist and wherever/ however the Eucharist is experienced in our daily lives.

Finally, once again in John, the disciples went fishing. They had had enough of being cooped up in the city, so they went back to Galilee to fish. “All night long, they caught nothing” (John 21.3). At dawn, they saw a man on the beach, but they didn’t know it was Jesus. He prompted them to cast their nets over the other side once more, and they caught an abundance of fish. One of them realized who the man was. We need to trust when one of us recognizes Him.

As part of today’s blog, I offer you three images of the Gospel texts we spoke of above. They form a triptych  in the sanctuary of Our Lady Of Lourdes Church, in Brighton (Rochester) New York, the work of well known Rochester artist Dick Kane. The artist caught the delight, the joy in these moments of recognition. Look only at the smiling faces of everyone depicted, including Jesus.
May your face image their joy when you meet the Risen Lord in your everyday world.

~Sister Joan Sobala
Posted by The Sisters of Saint Joseph at 8:00 AM 1 comment: