Voting is a Sacred Action 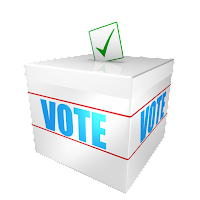 Our American political life at the moment consists of caucuses, primaries, town hall meetings, polls and debates – state by state. One would think a person could escape it all by turning to a blog like this which defines itself as about God, faith, community and the common good. Surprise! You may not think of it this way, but voting is a sacred action.

Pope Francis tells us in The Joy of the Gospel: “An authentic faith...always involves a deep desire to change the world, to transmit values, to leave this earth somehow better than we found it.” Many of us are familiar with the social teachings of the Church, amassed since Leo XIII in the late 19th century in a compendium of writings about the intersection of the Gospel and the issues facing the world and its cultures. As a matter of fact, Catholics of each age have since been encouraged to apply the principles of social justice as issues arise in our times. Moreover, Pope Francis holds that our political lives must be seen as an essential element of our personal call to holiness.

But there’s more, as San Diego Bishop Robert McElroy told his listeners in a talk he recently gave at the Harpst Center for Catholic Thought and Culture at the University of San Diego. Bishop McElroy impressed on his listeners that “it is primarily through the votes of Catholic women and men, rooted in conscience and in faith that the Church enters into the just ordering of society and the state. And it is primarily in voting for specific candidates for office that believers as citizens have the greatest opportunity to leave the world better than we found it.”

In another part of his talk, Bishop McElroy tells us that “we are called in our lives as citizens and believers to be missionaries of dialogue and civility in a moment that values neither. This requires deep spiritual reflection, courage and judgment. It demands a Christlike dedication to seeking the truth no matter where it may lie.”

Take for example the remaining candidates in today’s Democratic Party’s primaries. They are all individuals whose capacities and intentions offer the nation a wide range of policy options.

It is voters’ responsibility to measure the candidates’ understanding and conviction about the environment, beginning and end of life issues and the exclusion of people based on race, creed, ethnic origin, gender and lifestyles.

Voters – you and I – need to study the candidate’s character not just whether we like them or not.

Again, Bishop McElroy: “Faith-filled voters must assess the competence, intelligence, human relation skills, mastery of policy and intuitive insights each candidate brings to bear, for voting discipleship seeks results, not merely aspirations…Which candidate will be likely to best advance the common good through his or her office in the particular context he/she will face?”

To repeat from our opening paragraph, “voting is a sacred action.” As the year unfolds, may we treat it as such.

~Sister Joan Sobala
Posted by The Sisters of Saint Joseph at 7:35 AM